In summer 2009, a topographic grid system was set out with ca. 35 fixed base points spread over the entire Roman town of Ammaia and the nearby Roman quarry at Pitaranha. These fixed points function as the basis for further measurements, for mapping new excavations and for setting-out grids for geophysical survey. Moreover, some of these reference points also function as ground control points for the mapping of the aerial photographs. 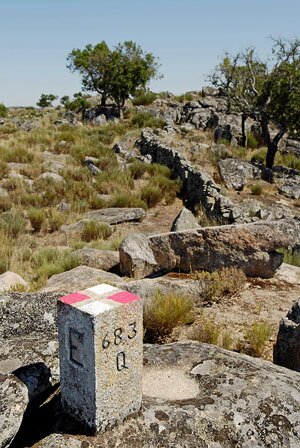 Via differential GPS, the grid has been incorporated in the ETRS89 PT/TM06 national coordinate system of Portugal, allowing to correctly locate all the features and structures of both Pitaranha and Ammaia as well as enabling the accurate incorporation into a Geographical Information System (GIS).