Over the past decade, the usage of modern medias for illustrating archaeological results has become fashioned due to its ability to sketch-out the results of discussions on reconstructions and presenting them to a broad public effectively.

The aim for the 3D-reconstruction of Ammaia goes beyond the pure picture’s, static presentation of such a site by taking a story into account, which should attract the interest of our audience through implementation of characterized protagonists and believable, accurate 3d scenery, putting the archaeological finds and results into a larger context.

The work implemented in such a project cover the manual 3D- modeling of building structures, generation of large, detailed terrains and character animation. The creation of such 3D-scenes involve a intense research taking all available information and references into account which at the end have to stand the scientific critics and discussion.

The experiences of all project-members should lead to new approaches to modeling and digitalization techniques as well as the interdisciplinary exchange of these. A scientist able to sketch out his ideas to a simple 3D- model can output his theory of reconstruction for communication and discussions more precisely which can possibly lead to a better understanding of the investigated sites using non invasive methods. 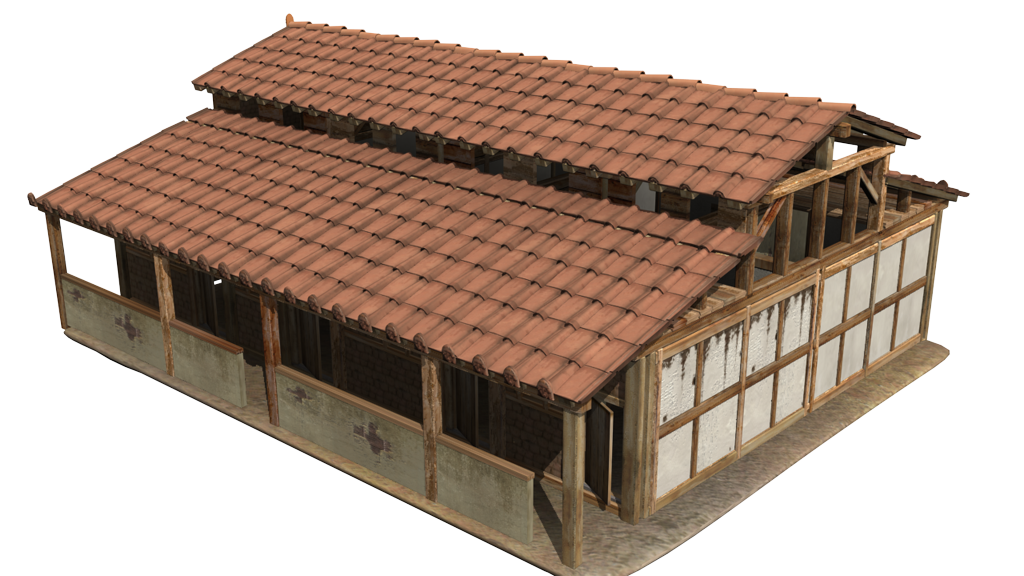 Reconstruction of a Roman building from Vindobona (by 7Reasons)

For over a decade we have been working on various archaeological 3d reconstructions throughout Europe but now for the first time have the chance to implement these experiences to a non-excavated site, using the non -invasive prospective methods of our partners in this project which will certainly lead to new knowledge in the fields of archaeological documentary film.