This method sees the amount to which the soil can be temporarily magnetised by exposing it to a magnetic field. Generally speaking, the more the soil can be magnetised the greater the chance that human occupation has taken place in that location.

This is good for shallow surface sites and for rapid evaluation to see where the areas of archaeological potential are. It is best for thin spreads under 10 centimetres deep but can detect sites at greater depths as archaeological material is often brought to the surface by worm action. It is less good for soils with low iron content. It is mainly used to identify areas for further investigation.

As part of an integrated approach of geophysical survey for archaeological purposes on-site measurements can be taken of the apparent magnetic susceptibility of samples of soil and, if available, ploughed up stone construction material (e.g. with a Kappameter KT–5). 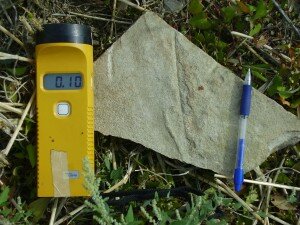