The Roman town of Ammaia is located in the modern district of Portalegre, within the borders of the municipality of Marvão, in one of the most beautiful areas of Portugal, the Alto Alentejo. Ammaia lies in the heart of the Natural Park of the Serra de São Mamede, in the shadow of the breathtaking village of Marvão. 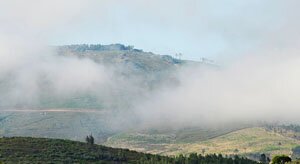 View on the hills around Ammaia

History of the site 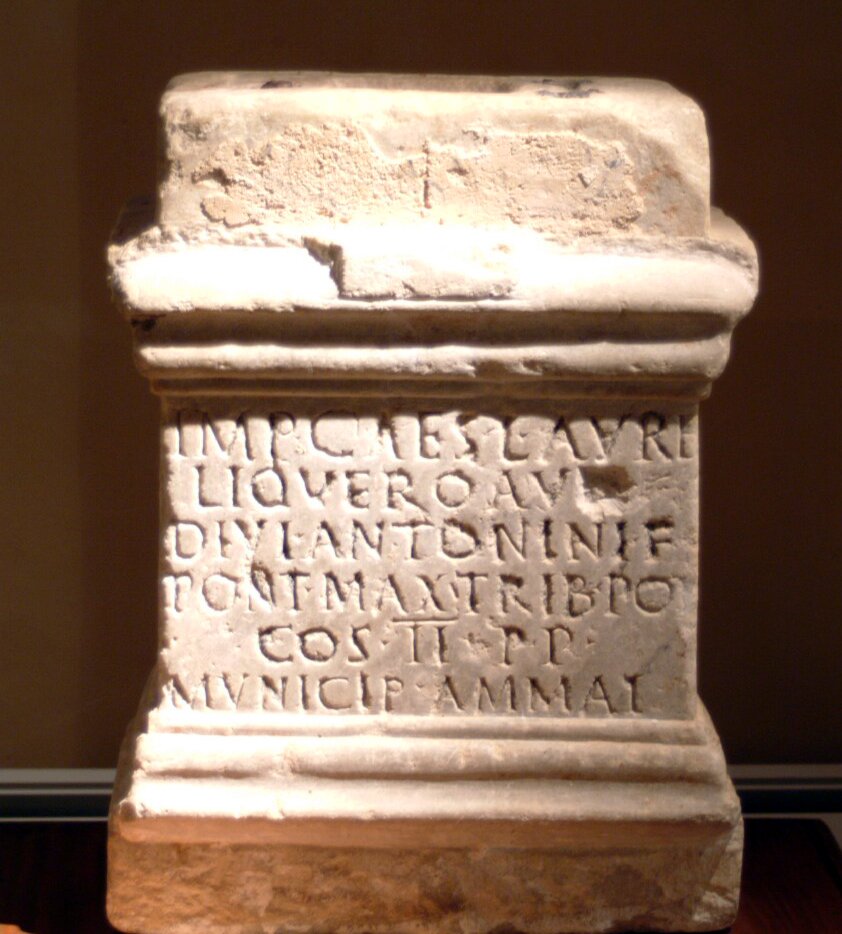 Inscription on marble mentioning the municipium of Ammaia

Thanks to epigraphic documents we know that at the time of the emperor Claudius Ammaia was a civitas, while during the reign of Lucius Verus official documents mention it as a municipium. According to archaeological evidence, the site was settled at the end of the 1st c. BC. It’s favourable position within the Roman province of Lusitania, on the junction of several major roads and a waterway and nearby a water abundant area helped Ammaia to develop into a thriving city.
The town was not definitely abandoned before the 7th c., but presumably the desertion of several sectors of the urban settlement started much earlier (4th-5th c.) and the site has been non occupied until present time, with the exception of a few traditional farms (quintas), one of which hosts nowadays the museum of the archaeological site. What remained visible of the city was gradually dismantled during the Middle Ages, as a result of which there are only few monumental traces of Ammaia visible today. The site is now mainly used as agricultural land, surrounding a series of excavated archaeological structures. The site was classified in 1949 as Monumento Nacional (see also here).

Since 1995, stratigraphic archaeological excavations have been carried out in the area of the Southern gate (Porta Sul) and in the area of the forum, were a temple, part of the monumental complex and a public thermal bath installation have been partially brought to light.
In most recent years, digging activities have been concentrated in the area of the entrance to the archaeological park, where the Quinta do Deão museum is located and where a new parking has been planned. Here, an interesting segment of the town wall has been discovered, flanked by a late antique road and a still enigmatic monument. Since 2008, the excavations of the “Termas” have been reopened: an international team, headed by the University of Évora, is enlarging the excavated area and reviewing chronological information, recomposing a more detailed picture.

The site is managed by the Fundação Cidade de Ammaia while the scientific activities are coordinated by the University of Évora (Professors F. Vermeulen and C. Corsi).

The site of Ammaia has been only identified as such in 1935. Before that, the ruins were thought to be those of Medobriga and Ammaia itself was placed in the surroundings of Portalegre. Somewhere during this period, the private collection of which parts are now in the museum was probably assembled. Research on this site has started only relatively recent with the first excavations in 1994. Since 1997, the Foundation in collaboration with the University of Évora and the University of Coimbra have carried out several seasons of fieldwork and study.

The excavations have mainly centred around those parts of the site that are directly visible. Around one of the town gates, the Porta Sul, excavations brought to light the defensive towers of the gate, part of the main road in Ammaia, a paved square and remains of housing. In addition, a house has been excavated, a possible castellum aquae or funerary monument, parts of a bath complex and parts of the forum. The location of the cemeteries belonging to the city is still unknown, although some objects have surfaced that may provenance from a burial context rather than from the site itself.

With the start of the current project, Ammaia will develop into the centre of a high-ranking European research network. This unique position will undoubtedly raise interest within the scientific community, and has already started to do so in the international media. With the results acquired over the coming years, the level of research in Ammaia will be an example for comparable research carried out in the future.