The study of large and complex sites, and the relationship with the natural components of their setting, is more and more influenced by a true geo-archaeological and geomatic approach, using techniques which combine both methods of the geosciences and of archaeological survey. The integration of an archaeological questionnaire with the use of a wide array of GIS-based analyses and visualisation tools, the application of intensive geomatic research (GPS-mapping, 3D-scanning, photogrammetry…) and geomorphological survey, create a framework which is ideally suited for characterizing the location, extent, environmental imbedding and erosion history of ancient settlements and towns. 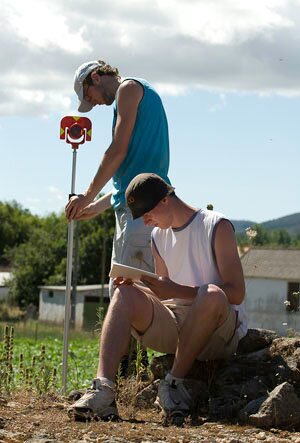 A crucial base for such approaches is the production of a fine Digital Elevation Model (DEM) based on remote sensing, existing (digital) maps and ground geomatics. The latter involve acquiring fine resolution data about the microtopography of the site based on a survey with total station instruments, satellite GPS or if possible with LIDAR. Through a set of field observations and activities, such as systematic coring and sampling over the site surface, the geomorphological study of the intra site erosion and palaeo-soil situation can be undertaken. 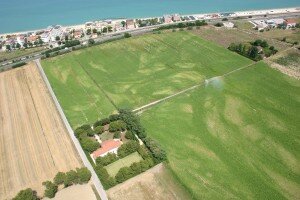 Recording of palaeochannels near the archaeological sites 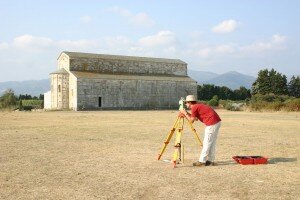 Measuring the microtopography of a site with total station