To a large extent scientific research and heritage-management of buried archaeological sites aim to limit destructive intervention, such as excavation, to the absolute minimum. This often results in a kind of passive protection of thousands of European sites, which however remain only partially located, badly understood and unknown in their complexity. During the last two decades a set of methods of surface survey and non-invasive sub-surface prospection have been developed, in a way that these sites can now be analysed, interpreted and eventually visualised without any damage to the monuments themselves. This is particularly relevant for larger and complex sites with sometimes well preserved sub-surface structural remains, such as a whole range of proto-urban and urban settlements of ancient Europe. Within the Radio-Past project we focus on one particular type of complex urban sites: the abandoned Roman city. This type of site, of which hundreds have been located throughout Europe and beyond, generally has a wide range of well preserved archaeological structures in its subsoil, offering researchers a firm base for intensive non-destructive surveys. 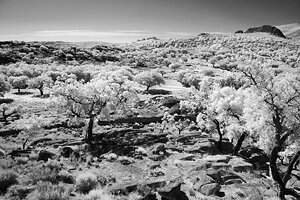