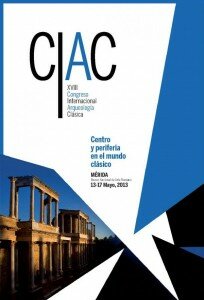 The 18th International Congress of Classical Archaeology will be held in Mérida from May 13 to 17, 2013. This year the focus will be on “Centre and Periphery in the Ancient World” and the buy generic cialis event will be jointly organised by the National Museum of Roman Art, the Government of Extremadura (Department of Education and Culture) and the Catalan Institute of Classical Archaeology, institutions of prestige and projection and a recognised track record in their specialities.

Throughout the years, CIAC Congresses have become excellent vehicles for scientific discussion and dissemination among the international community and are attended by the most eminent specialists, professional archaeologists and students from all over the world. They serve to define new points for scientific debate and to encourage contact between professionals on an international level.

Radio-Past partners and associated colleagues will give their communications on the following days: